The Film already had tons of awards in its Gallery Box. The Movie Will finally release on this month. Today on Monday, the Parched Trailer released on Ajay Devgn’s YouTube Channel with the 2-minutes 31-seconds run time. The movie has already released in seven countries and showcased at 24 international film festivals. The film stars such as Radhika Apte, Surveen Chawla, Tannishtha Chatterjee, Adil Hussain among others plays in different roles. 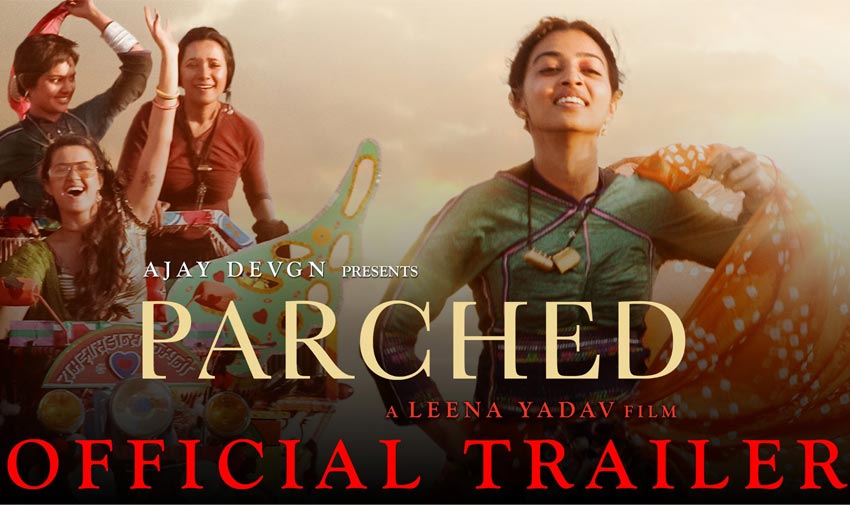 The Parched Trailer shows the brilliant story behind the film and the film success overseas makes more responsibility. As per the report of filmmakers, the Parched movie will shot the screen in India from September 23. As we said already, the movie has released already in 7 countries. In that, the film crossing 22nd week in France.

Sourav Joshi: too much talent in one movie…. out of all i see a blink of sumeet vyas… i will watch it definitely.

Arnab Tumpy: Can’t believe Ajay Devgn is presenting such a brilliant film… This will be great film on female liberation set in heartland of India (or should I say Bharath)… A must watch.

Krantivirsingh Rajput: This is going to be yet another hard hitting awesome movie!! #GreatGunAjayDevgn

ashish matta: It is Amazing too so much talent Radhika Apte amazing its luk something unique and fresh.