The Mohanlal’s upcoming movie trailer has been officially launched Today on September 10, 2016. Vysakh directorial Pulimurugan Official trailer has released on Mulakuppadam Films YouTube Channel. It has the running time of 1 min. 42 sec. thriller. 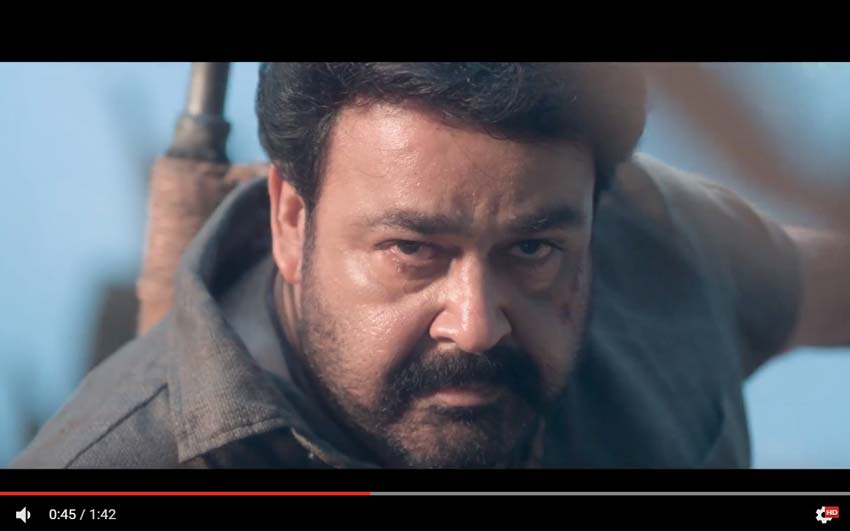 The official Pulimurugan Official Teaser has released in the month of May. It consisted with the run time of 1 min. 21 sec. fast move. The teaser had created the massive response from the Superstars fans and Kerala film lovers. As of Now, the teaser has the record of more than the 1.2 million views. Here, today on Saturday, the latest Pulimurugan trailer released to beat the record.

The main reason behind the creation of this film is the financial support. Tomichan Mulakuppadam has managed the production department. In this film, the Malayalam Super Star Mohanlal acted as the wild hunter. He has called as Murugan in this film. Along with the Lal, the supporting actors such as Jagapati Babu, Suraj Venjaramoodu, Kamalini Mukherjee, Namitha, Bala, Vinu Mohan, Lal, Kishore and Makarand Deshpande.

The screenplay of Pulimurugan has scripted by the Udayakrishnan. The movie has the locations of Thailand, Kerala, Vietnam and South Africa. Shaji is the cinematographer and the background score has composed by the Gopi Sunder. According to the Trailer, the movie will finally release on 7th October 2016 over 3000 screens worldwide.