Watch Thunivu Movie Online: Actor Ajith Kumar’s Thunivu, an action thriller movie, Directed by H. Vinoth is going to hit the big screens today. Fans are ready to see the fdfs which starts at 01 AM in Tamilnadu and ticket bookings for the Thunivu film are in huge demand. Manju Warrier is playing the female lead role along with Ajith in this movie.

This film will be produced by Boney Kapoor under his banner Bayview Projects LLP. Thalapathy Vijay’s film Varisu is releasing on the same day and both the star’s films clash against each other after nine years. Cinema audiences and critics are very eager to know the Pongal winner. Red Giant movies are distributing the Thunivu film all over Tamilnadu.

Thunivu movie title card leaked online and trending in social media. Thala fans requested netizens to don’t share the video and send the video to the anti-piracy team. Thunivu team is taking severe action against those people who leaked the video. 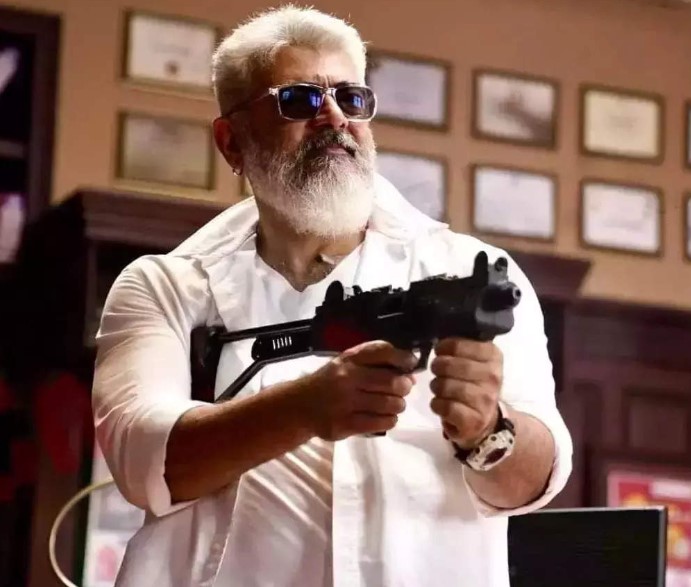 Download Thunivu Movie is trending in Google trends for more than the last four hours showing the fans crazy about their favorite actor. But downloading movies from pirated sites is illegal and all the fans and audiences want to see the film only in theatres.