Just now, the Upcoming Telugu film, Policeodu Teaser has released on YouTube and going viral in Hyderabad and other areas. And the Audio hit on Telugu from April 6, 2016. As we all already known about the details of the film, which is directed by Young Man and Student of Massive Director in India, Shankar. He is the one and only Raja Rani fame ATLEE. Whereas, the film was produced under the banner of massive production in Tamil Nadu, V Creation-the producer of S.Dhanu. He gave Blockbuster HIT already with the hands of Vijay and director AR Murugadoss in the year 2012. In Telugu, two of the production company, Sri Venkateswara Creations, and V Creation are tied up and going to release all over the area of Telugu. Scroll down to watch Policeodu Teaser. 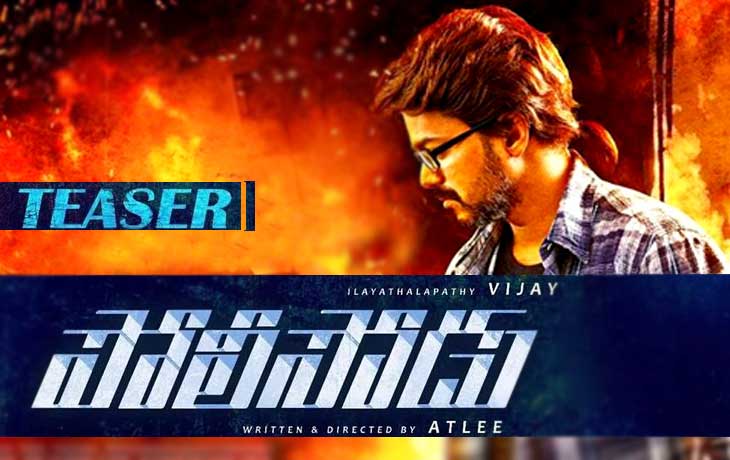 Same Teaser of THERI but Title is POLICEODU 🙂