West Indies vs Zimbabwe ODI Live Cricket Streaming: The Sri Lanka and West Indies in Zimbabwe Tri-Series match have consisted with the seven matches. Today on November 25, the West Indies and Zimbabwe is facing each other at Queens Sports Club, Bulawayo on 09:30 AM Local Time. Both of the team have played three matches as per the schedule and West Indies standing at the second position with the seven points by winning one against SriLanka and one lost against Srilanka. The another one match has tied against Zimbabwe on November 19, Saturday. The Zimbabwe team is standing at the last position that mean, at the third place with the points of four by one tie and one lose along with the no result against SriLanka on November 21, Monday. Let’s check the Live Streaming of Today’s Match of West Indies vs Zimbabwe.

Zimbabwe have won the toss and have opted to BAT first

Update: Due to Rain, the over reduced to 49 and the Zimbabwe has scored 218 by 8 wickets. 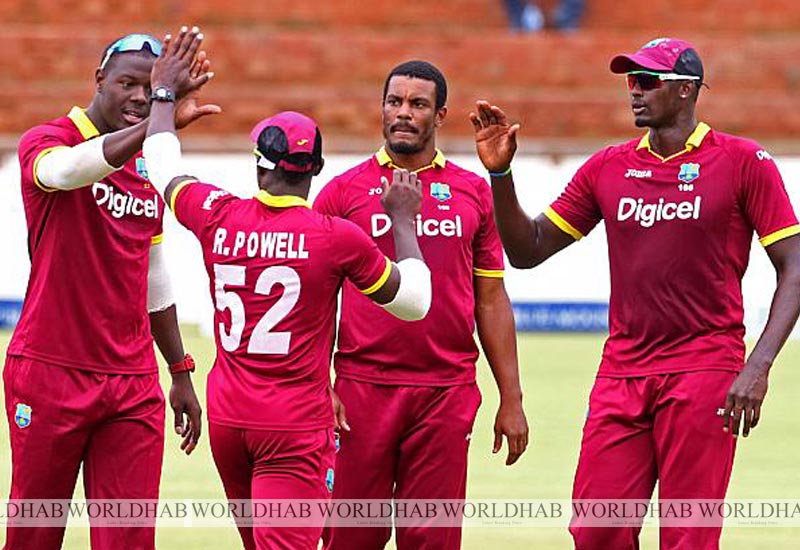 Today’s winner will meet SriLanka on November 27, Sunday at this same time in this same venue as Queens Sports Club, Bulawayo.

Zimbabwe lost their match against Sri Lanka in the first match of this series by eight wickets. The opening batsman of Zimbabwe didn’t perform well on that day. While the middle batsman Peter Moor has scored 47 runs in 52 balls with the four sixes and one four. In the end, the team lost all their ten wickets in 41.3 overs. Graeme Cremer is standing without losing his wicket by scoring 31 runs in 56 balls. SriLanka beats Zimbabwe by scored 155 runs in 2 wickets by using 24.3 overs.

Check the Playing 11 and changes made in the both of the sides. The sixth and the semi-final likely match for West Indies vs Zimbabwe is started at 09:00 AM Local time. The Toss win Zimbabwe have chosen first bat today against West Indies.

The Ten Sports Live is there to watch the West Indies vs Zimbabwe ODI online and its TV channel named Ten 3 is providing the Live Streaming.

The USA people can watch this match online by using Willow TV Online and watch the match on Willow TV.