Home » News » What is An Initial Coin Offering? Raising Millions in Seconds 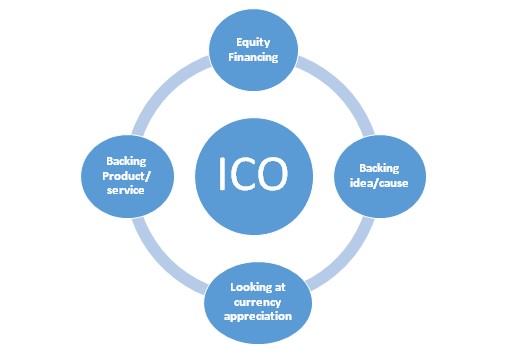 What is the Initial Coin Offering?

ICO model has helped a lot of businessmen and companies to get funding for their successful establishment. The success of Ethereum ICO has assured the future of ICOs in the crypto trading market. Now, it is used more and more to fund the crypto projects with the concept of giving away a crypto token for that same project.  ICO has overcome as a tool which revolutionized the whole crypto-financial system and the trading as well. It won’t be surprising if called the future of cryptocurrency due to security and profit it provides.

It is more like a new mode of financing in the cryptocurrency market, a mode which combines the concept of cryptocurrency and crowdfunding. It is especially something which attracts the start-up blockchain.

According to the reports, nearly two ICOs are created every week in the world. With the help of ICOS, there has been a significant rise in the investment of entrepreneurs with Blockchain, like more than $3 billion.

Why is it considered as one of the most popular concepts in cryptocurrency?

The idea of providing a crypto-token in exchange for the other crypto-currency at the beginning of any integrated business is quite unique and securing for the investor. The concept itself is a game-changer crypto-currency trading market, especially for the start-ups and businessman who want to break-in. Not to forget, as being a combined concept of crowdfunding it makes the business quite easy for the investors. Largely, it promotes a new stream of crypto investors or businessmen to trade in more organized, secure and profitable scenario. In the second half of 2017, tokens worth around $100 billion are used in the market.

If You’re new to the concepts of cryptocurrency and investments, we suggest you go through Ankur Agarwal’s ebook on ‘The second wave of Bitcoin is coming’. It revolves around the ICO, cryptocurrency, and investment. The author is ICO consultant and has achieved great success through his decades of experience in ICO investments.

The success of this ICO concept also made the crypto-currency investment more popular and valuable. It is said to be the fastest and flexible financing system amongst the crypto-trading. The few examples of the success Ethereum ICOs are Golem, First Blood, Digix DAO, Augur Singular DTV and more.

Conclusively, ICO is the future of crypto-financing as it encourages the entrepreneurs to invest in safer and secure grounds.

5 Funny Ideas for Motor Insurance Ads with an Important Message

TS SET result 2018 has been announced

TS SET result 2018 has been announced