WhatsApp Down: The biggest private chat app is currently down in several countries. Users can’t able to send their important messages or receiving it. At present, the Twitter is busy with this issue as big around the world. While the users are reporting this problem on Twitter by using the hashtag of #whatsappdown. Also, the Twitter users said that they all confirmed it is not working for all by opening Twitter after their WhatsApp.

According to the report, this is the first time that WhatsApp faced this outage. While we tried to reach the WhatsApp with the option of Contact Us in the Help of the App. It shows as the below. 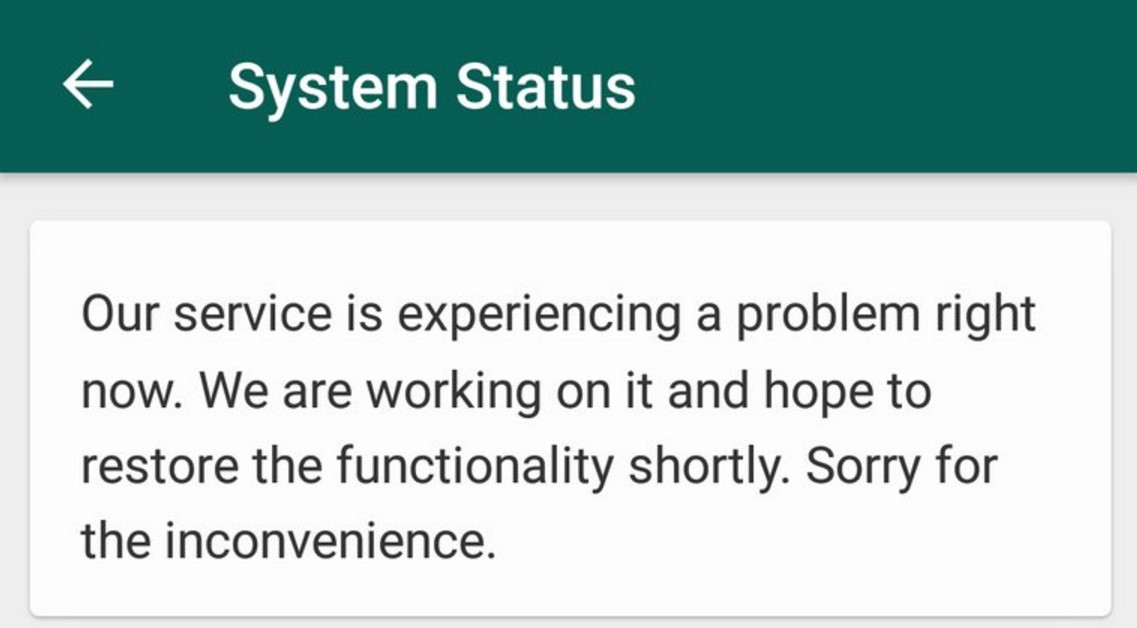 The WhatsApp service is back again around 09:15 am GMT all around the world. Early in may, the App was down for few hours in various regions including Malaysia, Spain, Germany and some other European countries.