WhatsApp GIF for Android Device: The lead and super Smartphone messaging App had another biggest feature for Android users. Now, the WhatsApp is allowing the users to search the GIF files and to message anyone. The beta version of WhatsApp (2.17.6) includes a new feature that allows the users to search and send GIFs from the Giphy or Tenor library.

The users can invoke the GIFs by tapping the emoji button next to the text input field and then toggle between emoji and GIFs from the new bottom bar. While, this feature has updated for the iOS users on last November. 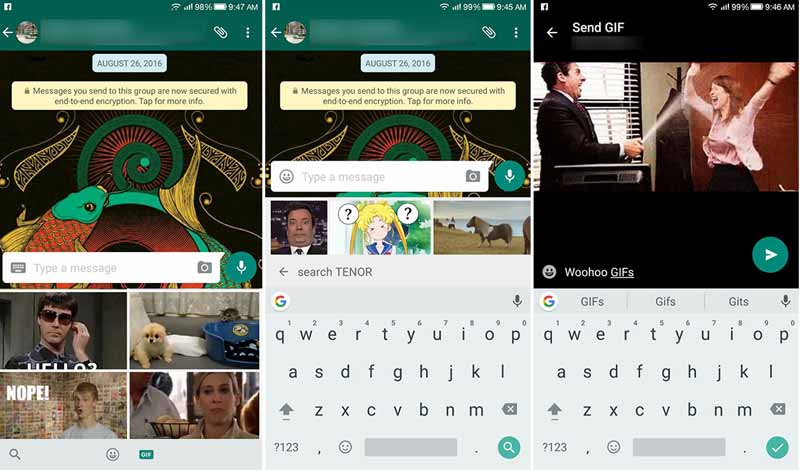 Also, the new updated version of WhatsApp in this first month of 2017, the version increases the number of media (photos and videos). It allows you to send at once, from 10 to 30. But, don't know why that both of these new features are not available in the recent beta version of WhatsApp v2.17.8.

The full version of these updates beta version of WhatsApp is yet released for public as shortly. If you are interested in trying for this new feature mean, then install it from the Beta (Check this article for More information about the install of latest WhatsApp Beta version). Also, download the direct APK from APK mirror.