Home » Sports » Who is Karun Nair: Just to Know about him & his India Cricket Team History

The fourth day of the final test match between India vs England marked the record of Karun Nair’s triple century. The first innings of the fifth Test match against England in Chennai has lost the Virat Kohli’s performance, but the new face of Indian team enhanced the count of Indian fans on TV today. The 25-years-old Right Handed Batsmen Karun Nair has made his team score on first innings as 759. Karun Nair’s 303 at his third Test Cricket is the biggest achievement.

Check some interesting facts about this Karnataka-born Indian cricketer. He is the popular man at present to all the Indian Cricket fans and also for all the England players. The end of the year 2016 has ended with the recorded history of his life. He is the third Indian after Dilip Sardesai and Vinod Kambli to convert their maiden Test 100 to a double century.

Check Who is Karun Nair: Just to Know about him & his India Cricket Team History 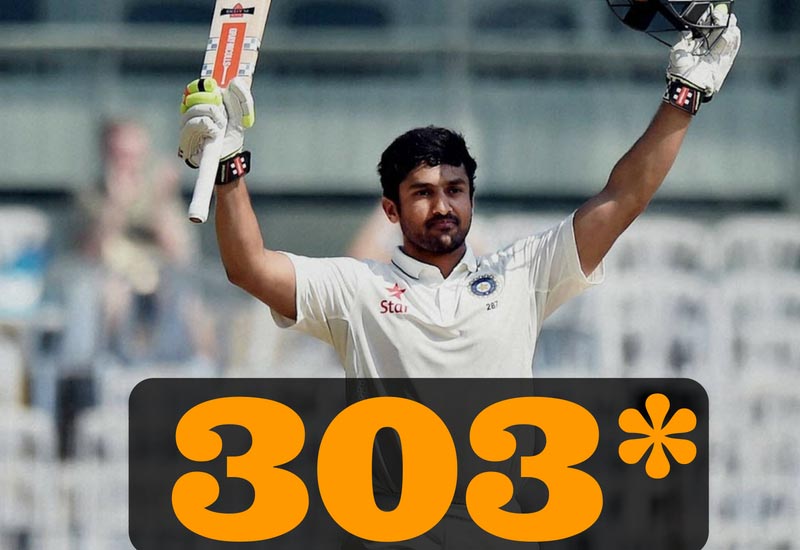 He was played for Delhi Daredevils in Indian Premier League. This is his third test match as an Indian Cricketer. Also, He just played Two One Day International Matches for India. His first test match as debut against England at Punjab Cricket Association Stadium on November 26, 2016.

Nair’s first ODI as debut against Zimbabwe at Harare Sports Club on June 11, 2016. His first IPL match was played against Mumbai Indians in 2013. Currently, he is playing for Royal Challengers Bangalore.

He has celebrated his birthday at earlier this month. He was born on 8th December 1991 at Jodhpur. His highest score in One-day International is 39 against Zimbabwe in June 13th og this year and his highest IPL score is 83 runs.