Rahul Gandhi is himself the power of Congress. Even if Rahul Gandhi had chosen to fight from Lucknow or any other BJP base, it would be very easy for him to win. People always knows that the person who they will going to vote is the Congress president and PM candidate of a National party Congress and have good chance to become PM and if he wins the election, they would get lots of benefits. Though smriti Iran has tried hard on Modi wave and she is again trying in Amethi to win trust of Amethi people but it would be foolish for Amethi people to lose Rahul Gandhi.

Smriti Irani cannot do any wonder for the people of Amethi but Rahul Gandhi's winning margin can may be less in year 2019 than in year 2014 but in the end, he is going to get elected in Amethi. Smriti Irani does not hold any credentials other than coming from a TV serials background and a lady who speaks very well in parliament but what are her credentials as MP or how was his performance as HRD minister or in current portfolio. She is never counted as best performing minister in MODO team. Rahul Gandhi will be going to continue with Amethi in 2019 election as Congress is winning the seat for decades there. Gandhi’s have a very strong organization power there. They could connect themselves with the Nehru Gandhi family. 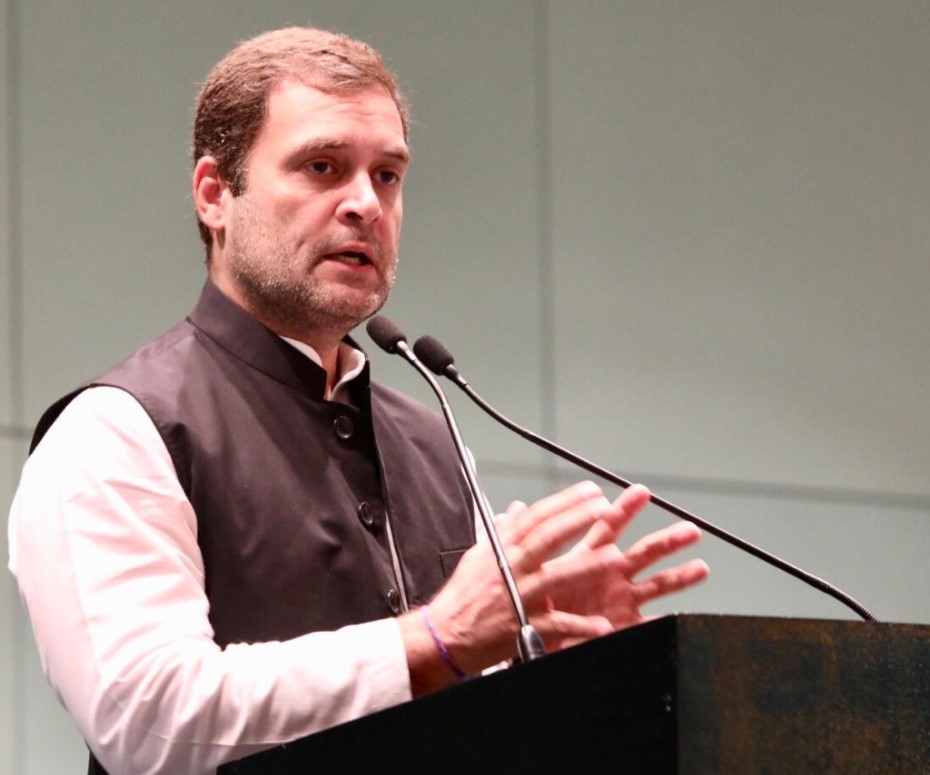 Though the people in Amethi have discontent, still they feel Gandhi’s are the only reason why Amethi is well known, popular, developed and highlighted. Some big Central Government projects were announced for Amethi in past years, though not implemented yet but still there is a belief of development and implementation of those projects from Rahul Gandhi. No big opposition leader was there before this election campaigned in Amethi, so it's hard for Amethi to accept someone all of a sudden and trust him /her more than a family they are trusting for years. It's also depends on advertisement, we tend to go for a product what we see regularly in TV, and think what if the product is manufactured in our locality only.  No party for any unknown reasons, try to win Amethi by expanding their political organization. Priyanka is seen as a replica of Indira and Amethi people are big supporters of Indira so it will create a win-win situation for Gandhi’s to continue in Amethi in 2019 also. Earlier. But unfortunate fact is that it's not the love of people towards Gandhi family or Rahul Gandhi specifically that makes it a bastion.  There is a certain emotional connection of the voters who have been in Amethi since Rajiv gandhi era but if you look close on the voting pattern in Amethi one will realize that the Gandhi family enjoys power because of only 25-30% of Amethi's population.

Past few elections data suggest that the voter turnout during elections has been as low as 35-45% and on their best days Gandhi's have received as high as 70% margin making it only 30% of total population. Farmers of Amethi were very happy and prosperous as Rahul worked silently for the protection of farmer’s rights and their livelihood, as according to them the localities encouraged co-existence model of agriculture and the industrialization. He provided them Low-cost and well-equipped healthcare facilities for all where People were treated free of cost for many medical complications, they were all grateful to Gandhi family as they made them self-sufficient without relying on any major help from State Government which they say is always impartial.

Many industries which were heavy as well as small and medium sized are present including BHEL, SAIL, Rail Neer etc, that contributes for the employment and upward mobility of people in the district. Impartial and Indifference treatment by State Governments since 2014 – While lot of development work is needed to be done by state governments like improvisation of Railway Stations, Upgradation of Highways, etc. but all the proposed work by UPA has been stalled or cancelled by successive governments.

Rahul’s constituency has shown to rest of the world that how to be self-sustain. The constituency has further emerged as the cash study for the education institutes about the ways to stop the exodus of educated unemployed youths from smaller cities to metros. The Amethi has shown the way. Rahul was the one who used his own funds to help the poor farmers, youth and peasants to overcome their problems by getting educated through numerous primary schools and professional institutions that have been functioning in the area. Because of this youth not only get themselves educated but also get themselves enrolled into professional training programs. Look the infrastructure of the Institutions in Amethi. While Amethi which has been intentionally ignored by Modi government to earn political mileage. Governments have deliberately ignored the improvisation of upgradation of highways, Railway Stations. Rest of the population have either given up voting due to lack of strong candidates or simply given up on the system.

Manmohan Singh is a passionate Yogi, Yoga Teacher and a Traveler in India. He provides yoga teacher training in nepal, Kerala and India. He loves writing and reading the books related to yoga, health, nature and the Himalayas. His strong connection with Yoga and the Himalayas has made him organize yoga, meditation and Ayurveda tours, and retreats in the Himalayas.