Wynonna Earp Season 2 Spoilers & Release (air) date, Predictions: The first season’s final episode of Wynonna Earp was ended on June 24 with a strong element of suspense in last year. However, the second season of the Wynonna Earp is releasing on Syfy from June 9, confirmed by various sources. Though, it is quite difficult for the series to run few more on TV. Whereas, the officials confirmed that the season2 would make it to TV. 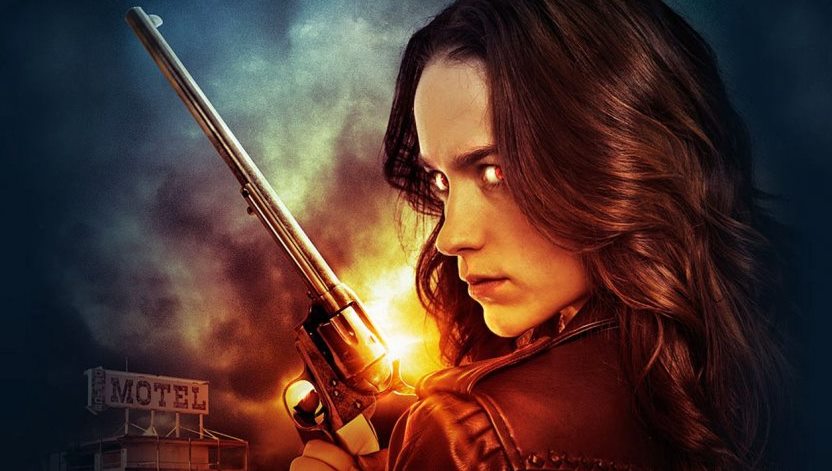 In the Wynonna Earp season 1 last episode, the Wynnona accepted the chair as the heir of the Peacemaker. Most interesting thing to see in the instalment two would be how Waverly’s new demonic personality would affect Wynonna.

The final episode ended with the suspense that Waverly touched something like a puddle of black goo and got possessed by something. The thing that will be expected on Wynonna Earp Season 2. As the lights go off while she pulled out a gun. On the next, gunshot sound is there. The Wynonna Earp final episode 1 ended.

However, the writer had more screenplay and a story yet to show us in the second season. Even though the show had lots of fantasy fiction, it was attracted by more of the audience. The characters are relatable and subtly bring up issues like gender identity and male chauvinism.

Apart from the Wynonna Earp, the viewers and many fans have given their response as equally to the show of Buffy- The Vampire Slayer. Whereas, some of the fans have the crossover between these shows and have made the producers think about it the process outside.

Dominique Provost-Chalkley, the sister of the title character in Waverly Earp said that “We’ve got a lot of unanswered questions.”

After the premier of Wynonna Earp Season 2 confirmation, the showrunner and executive producer Emily Andras said that “There are a lot of crises of identity across the board. We’re going to look at the idea of free will this season, because a lot of our characters are thrust into situations where they don’t feel like they’re making their own decisions.”

Whereas,  a new recurring character who arrives in Purgatory: Rosita (Tamara Duarte). Andras added that “Wynonna knows she’s good at this, She knows that she is meant to do this, whatever that means. Now I think it’s a matter of becoming a leader and bringing the team together — and does that feel natural?. Also, said that, ““The stakes are higher than ever,” adds Andras. “Because we really examine the nature of family. Can you ever be a good person if you’re someone who is forced to make life-and-death decisions? At the same time, there is a lot of fun. These people really like each other. They make time for that.”