The Chinese Smartphone manufacturer introduced the new official Xiaomi Mi 5S and Mi 5S Plus at the Beijing press release. The Xiaomi Mi 5S Specifications, Price, and Review is here below. It had the biggest pack of the specification and it is the largest ever edition by the company, Xiaomi. The smartphone has the suffix letter “S” and this phone has designed with the additional feature when to compare with the early release “Xiaomi Mi 5” this year. 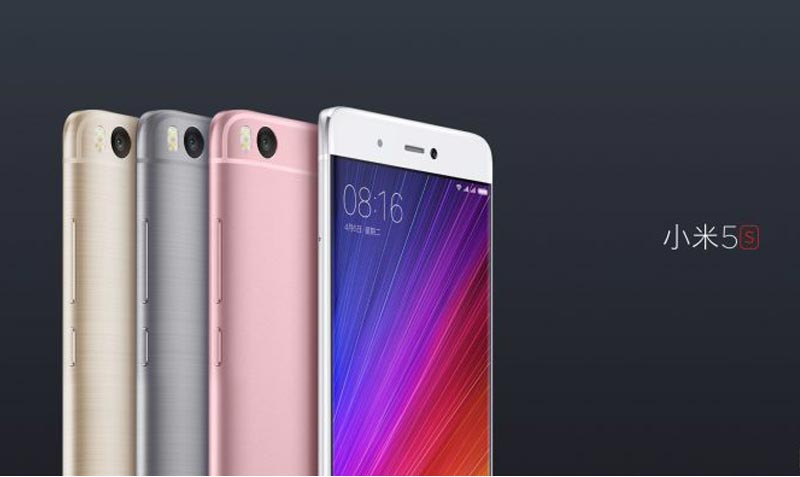 The Xiaomi Mi 5S has released along with its big boss Mi 5S Plus. There is a baby size difference between each other. According to the Camera, Phone dimension, Battery power, Fingerprint sensor feature, built-in storage. Let see about the Xiaomi Mi 5S specifications as briefly.

The Mi 5S will arrive with the processor of 2.15GHz Qualcomm’s Snapdragon 821 SoC. It is the updated latest version of most popular Snapdragon 820. The initial release of Mi 5 was introduced with this processor at this beginning of the year. The new Mi 5S is small in size as it is 5.15-inch Full HD display.

The rear camera of the Xiaomi Mi 5S has designed for the capacity of 12 megapixel. It had the power of 1/2.3” Sony IMX378 Exmor RS, Optical Image Stabilization, 1.55µm pixels, f/2.0 aperture, PDAF, Auto HDR, dual-tone LED flash. The front camera has consisted with the 4 megapixel and 2.0μm, f/2.0 aperture, 80-degree viewing angle.

The latest Xiaomi Mi 5S will available in the stores along with the Operating System of Android 6.0 Marshmallow with MIUI 8.

This Mi 5S has the specification about the fingerprint sensor as Under-glass but the Mi 5S Plus has the rear-mounted fingerprint sensor. The USB Type-C has designed for this smartphone. The phone powered by the 3,200 mAh battery and the body of the phone had made with the Aluminium. The battery of this phone is built-in with the phone, that means, it is non-removable (or) non-replaceable battery.

As mentioned above, the Mi 5S had the two different variants based on the storage feature. The Xiaomi Mi 5S price also varying due to the specifications. Here it is the price tag of both smartphones.

The latest Chinese Smartphone will roll out from the Tomorrow in China on Thursday, September 29, 2016. The rest of countries release date may out soon by the company.