Xiaomi: The Chinese electronic gadget manufacturer company has launched its latest smartphone called Xiaomi Mi Max Prime. This new smartphone will be Available on Amazon.in on October 19, 2016. But, the user can order it now from October 17. Also, the company also announced the Diwali sale on its official website with Redmi 3S at Re. 1, Mi Max Prime First Sale in India. Xiaomi Mi Max Prime is available on the Official website from Today on Monday. 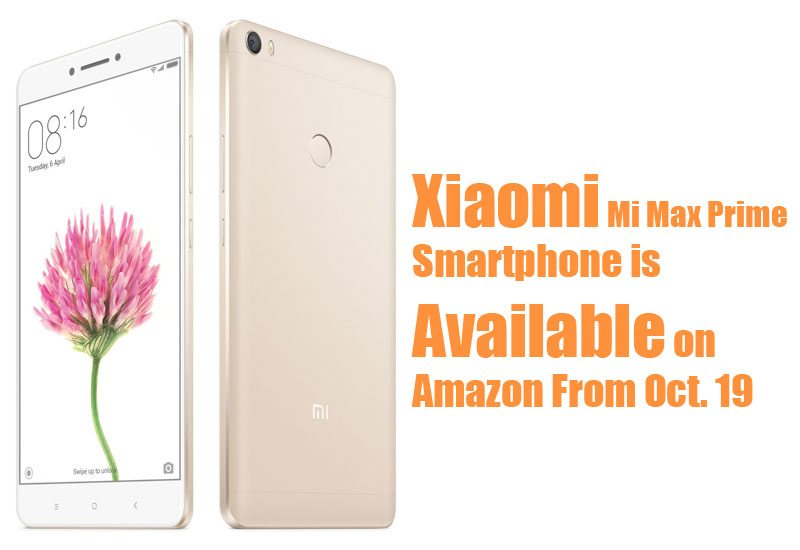 This latest version of Xiaomi Mi Max Prime is the upgraded version of the Xiaomi Mi Max. This new smartphone is available with the power of Qualcomm Snapdragon 652 processor with RAM of 4GB and this model offers 128GB of inbuilt storage.

This latest release of Xiaomi Mi Max Prime is available on Mi.com and also on leading e-commerce website of India, Amazon.in as the first launch in India. Later, it will be available on offline retail shops. his new smartphone has launched in India for the price of Rs. 19,999. Officially, the Amazon.in notified about the release and the date of launching as Tuesday on October 18 and it is available on the list of Amazon Great Indian Festival sale.

Click it and Check it out on Amazon.in
Buy Xiaomi Mi Max Prime at Rs 19,999

Amazon.in Special Offer for this Smartphone. The user can buy this latest Android smartphone on No Cost EMI with Bajaj Finserv cards on the purchase. Jio Welcome offer has also available for this smartphone. The customer can use Unlimited free access to HD Voice, Video Calls, SMS, High-Speed Data and Jio apps till 31st Dec, 2016.

The last phone is available with 6.44-inch HD IPS 2.5D glass display with 1080×1920 Pixels Resolution and 342ppi pixel density. The Display of this new Smartphone is the looks like the Tablet. It is powered by a 1.8GHz Octa-core Snapdragon 652 processor. Xiaomi Mi Max Prime had the dimensions of 173 mm height x 88mm width x 8mm thickness. This Prime smartphone has designed with 4GB of RAM and 128GB of inbuilt memory storage and it is expandable up to 256GB via micro SD card. 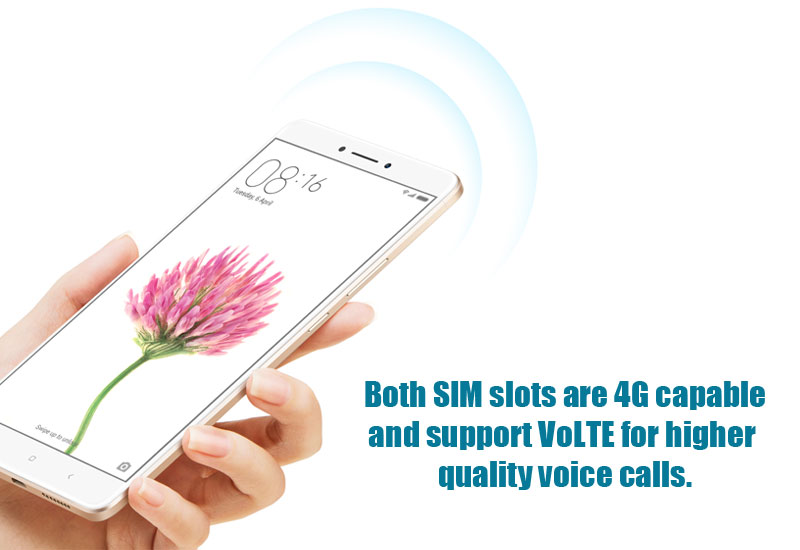 Xiaomi Mi Max Prime Camera: This latest smartphone has introduced with the 16MP rear camera with a PDAF phase detection autofocus, f/2.0 aperture, and also included with LED flashlight. The front facing camera of 5MP with a f/2.0 aperture and 85-degree wide-angle view for better Selfies and Video calling. The phone made with the dual SIM (micro+nano) dual-standby (4G+4G) card slot.

Those who all preferred the Android 6.0.1 Marshmallow. The latest smartphone has made with Adreno 510 GPU. The Honor 8 will be available in two different colors, which are Gold and Gray. This new phone had the 4850mAH lithium-polymer battery.

Stay tuned with WORLDHAB for More updates about the new Smartphone launches in India.