New Delhi: Online video service, YouTube has launched Youtube Kids App in India. The App is a stand-alone app specially designed for Kids. Indian parents who spend a lot of time on YouTube with children can take a sigh of relief with the content the kids view online.

Google launched YouTube Offline in September in India and Now, it is for Kids today in India. YouTube Kids is a unique app of the video portal with secure mode/family-friendly content. The Video Portal company says that Youtube has partnered with several YouTube creators in India for exclusive content for YouTube Kids app. The app is now available on both Android and iOS Platform. Currently, YouTube team has not launched any form of Web Platform of Youtube Kids. 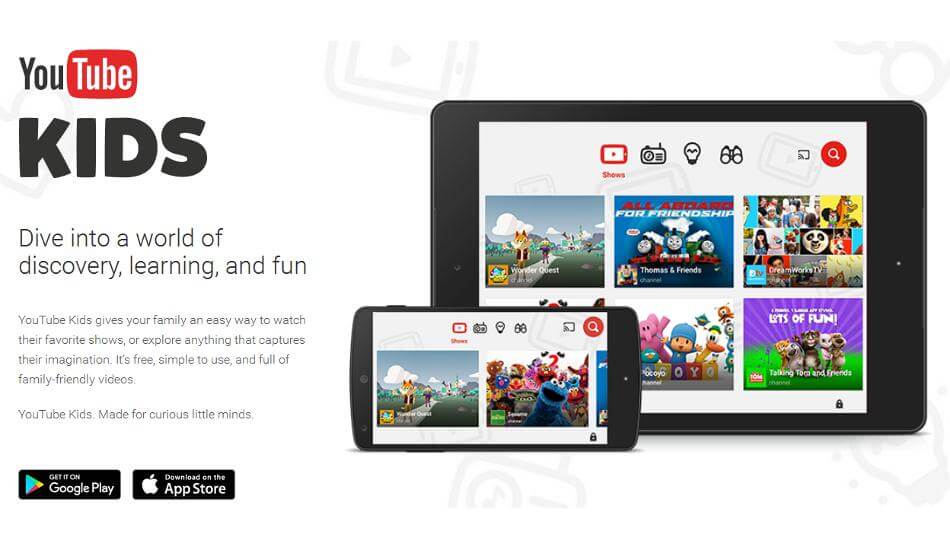 The Launch of YouTube Kids in India comes after 1.5 years since it’s launch in the United States of America. Over the years, many parents from various countries have expressed concerns over the content which YouTube offers. The concerns were about whether they are fit for children. YouTube Kids App is company’s address to all such concerns. The app is now available in over 20 nations.

There are already many popular Indian YouTube channels which offer content aimed at kids. The most famous among them is ChuChuTV, the second most popular Youtube channel in India with more than 6 billion total views. This channel offers colorful animations and songs for kids.

In addition to children-friendly content, YouTube Kids app is also developed to give parents better control over the content they want their children to watch. As well as their redesigned user interface with bigger buttons and thumbnails, so that the app is readily available to use for kids.

The app also enables features so that parents can also put a limit on the content their child is allowed to search on the app. Along with this, parents can set a timer on how long they want their kids to use Youtube Kids app. Also, the app also offers the option to turn off the sound effects and background music. Also, an option to add a passcode to ensure that kids are not able to make changes to the settings.