The leading Television channel of India’s much-awaited award ceremony was held as per the schedule on March 11, Saturday. The leading stars of Bollywood such as Salman Khan, Kareena Kapoor Khan, Karan Johar, Alia Bhatt, and Varun Dhavan are light ups the event as bright by their visits to the show.

The Zee Cinema Awards 2017 presented the Best Actor and Actress awards to the great Amitabh Bachchan and Alia Bhatt for the movies of Pink, and Udta Punjab respectively. The Ram Madhavani is the best director of the year for the movie of Neerja.

Also, the Zee Cine Awards selected the Anushka Sharma and Salman Khan by using the viewer’s choice for the film of Sultan. Also, the Dangal bagged the award for Viewer’s Choice Best Film. Jim Sarbh and Ritika Singh are the best debut actor and actress of the year for Neerja and Saala Khadoos respectively.

The event also honoured the regional films of the India such as Tamil, Bangla, Marathi. The Zee Cine Awards Tamil best actor goes to Madhavan for Irudhi Suttru. The Best actress of Tamil is Varalakshmi Sarathkumar. Joker is the Best Tamil film.

Sairat is the best Marathi film. The event was also filled with the performance of Stars and made it as amazing. The Badrinath Ki Dulhania actress Alia Bhatt paid her tributes to director Karan Johar with her emotional speech. Karan Johar is the first director of her for Student of the Year in 2012 as a lead. 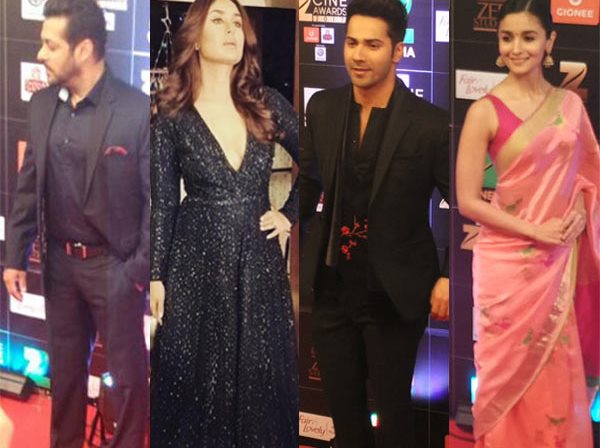 To know who won under which category, take a look at the complete list of the winners here: