The most expected film of the year, the India’s Superstar Rajinikanth and Shankar’s 2.0 has sold for the BIG bags of amount for the Satellite rights to Zee Network. Nowadays, all the big films are releasing in three languages in India. As like that, the Rajinikanth’s 2.0 will arrive with the three languages for this Christmas 2017.

The COO of Lyca Productions, the producer of the film, the Raju Mahalingam has tweeted that “It’s true Lyca Productions gets a partner in Zee for our mega opus ‘2.o’ Satellite.” According to the sources from the unit, the satellite deal has closed at Rs 110 crore. 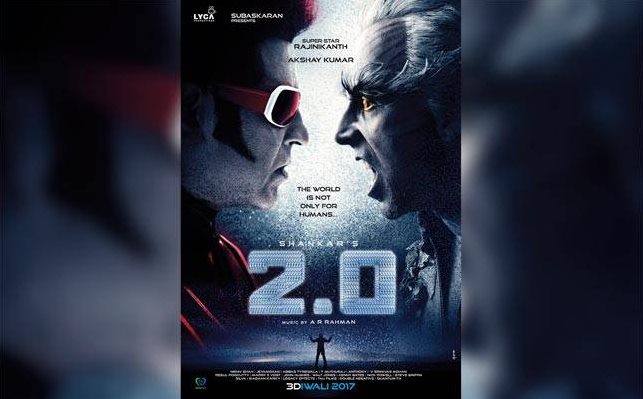 The Christmas 2017 release film, 2.o is the sequel to the 2010 mega hit film of Rajinikanth’s Enthiran. According to the official report by the director Shankar, the current project of ‘2.0’ shooting had completed with the all the key scenes. As per the story, the team will shoot a song and some minor shoots on upcoming schedules.

Recently, the director of 2.0 tweeted along with the picture of the film unit. His tweet reads that “With my team after finishing a major scene of 2.0. One song and some patch works are only the balance.”

Because of this film, the Bollywood star Akshay Kumar makes his debut in Tamil Cinema as an Antagonist. Among with Amy Jackson, Sudhanshu Pandey and Adil Hussain are performed with the music of A.R. Rahman.