Home » News » I will be President for all Americans: Donald Trump Victory speech

Donald Trump Victory speech: As the first time since 1928, the Republicans will rule the US Senate, the House, and the White House. Donald Trump has become the 45th United States President. He said in his victory speech as “I will be President for all Americans.” 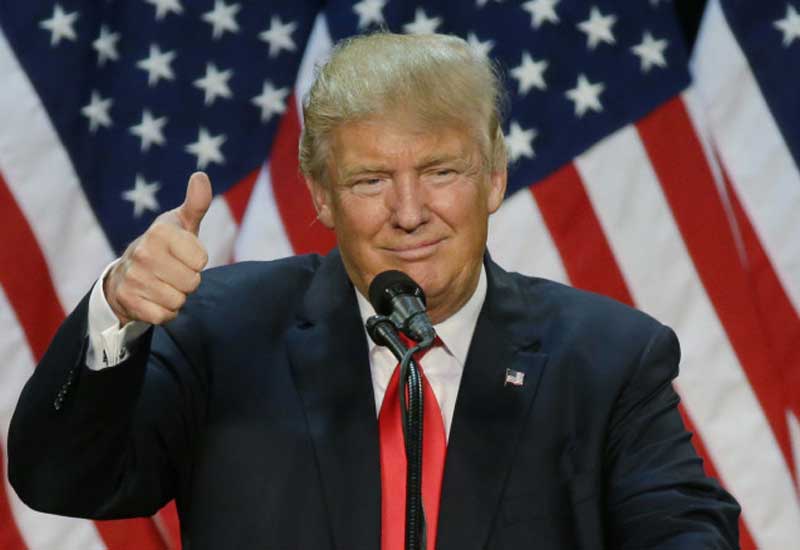 Donald Trump Victory speech: I will be President for all Americans

Trump beats Clinton in the US election 2016 and it is the one of the bitterly contested between the Republicans and Democrats.

“It is time for us to come together as one united nation,” Trump said. “I pledge to every citizen that I will be the President for all Americans.”

Donald Trump has also thanked his supporters across the country, “made up of millions of hard-working men and women who love their country and want a better future for themselves and their families”.

“We will begin the urgent task of rebuilding our nation and knowing the American dream.

“The forgotten men will be forgotten no longer,” he added to loud cheers and cries of “USA, USA”.

America, Trump said, would rebuild its infrastructure, “which will become, by the way, second to none… We will embark upon a project of national growth.”

Trump also shared his words as “We have a great economic plan. We will double our growth and have the strongest economy anywhere in the world.”

“America will no longer settle for anything that is less than the best.

“I want to tell the world community that while we will put American interests on top, we will deal fairly with everyone.”