Facebook Launches Their Facebook Messenger Group Calling: Facebook introduced the Group calling on their recent updated Facebook Messenger App. You can update this new version in free of cost on your Android and iOS smartphones. The users can able to make a VoIP audio call from their created group. 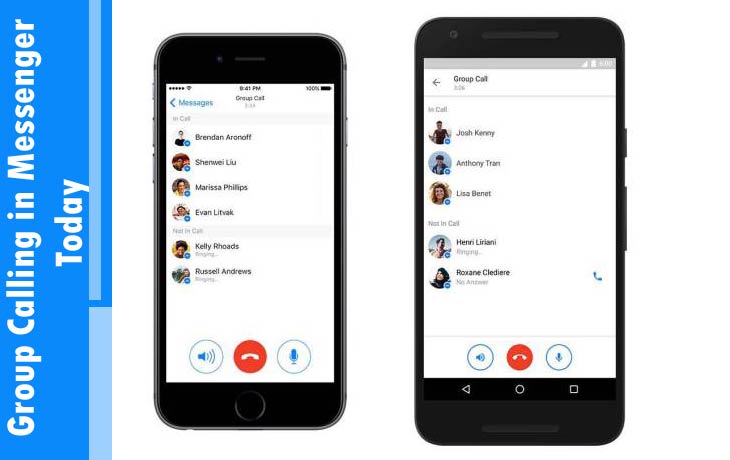 The Messenger App allows you to call audio-based conversation with Multiple People up to 50 friends. In this latest version of Messenger App, that is just tapping the Phone icon while you are on the group chat. After this process, Facebook Messenger shows you their secondary screen for adding people on Group Call. According to the TechCrunch, you can make a conference call with the maximum of 50 people in single Call.

In August 2011, Facebook introduced the messaging App called Messenger for Android and iOS, within a year they also launched their Version for Blackberry OS. After a long gap of three years, Facebook announced and updated their Facebook Mobile App simultaneously Messenger; it forced the users to download the Messenger App. So, in that particular year April 2014, the App was downloaded by lots of people as before. In the same year, the company updated for one-on-one Audio Calling facility. Then updated for Send money to their Friend in the United States alone. At the end of the month on 2015 April, Messenger updated with the facility of Video Calling. And now, from today on April 21, 2016, the App allows the user for Group Calls.

We need to note that, the Messenger updated their Version on few weeks before in April 2016 with the Bot service with 1-800-Flowers, CNN, HealthTap, HP, Operator and many others.

Source from the Vice President of Messenger, David Marcus Posted on his Facebook Timeline as given below:

Really excited to announce the global roll out of group calling in Messenger today. From any group conversations, just tap on the phone icon to initiate a group call. You can then manage individual participants on the next screen.

If you have the latest version of Messenger, you should see the phone icon appear in group conversations within the next 24 hours. Give it a try, and as always, let us know how we can make it even better for you!