RIP Mary Tyler Moore: The star of TV’s beloved “The Mary Tyler Moore Show” whose comic realism helped revolutionize the depiction of women on the small screen, has died. Mary Moore died on Wednesday with her friends and husband nearby. She was 80 years old. She was suffered from diabetes for many years and underwent surgery for a brain tumor in 2011. 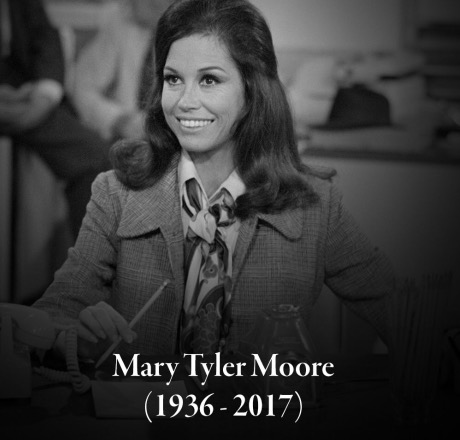 She was a very good person in her real life too, may her soul Rest in Peace. You too pray for her soul and her family. #RIPMoore