Trump Muslim Ban: The US president Donald Trump signed an order yesterday suspending all refugees for 120 days, and barred entry from these seven Muslim countries Iran, Iraq, Libya, Somalia, Sudan, Syria, and Yemen for the next 90 days. Trump's move on this is not only cruel, but the US citizens are standing against this act by the President. They explicitly show their hatred towards Trump Ban on Muslim via Social networks, especially Twitter.

So it is an official announcement from US Government that no people from the above countries are allowed to enter the US. many Tech company giants are unhappy with this move by Trump on Banning Muslims. The Google's CEO Sundar Pichai made an announcement that more than 100 of their employee will face issue due to this move. Even Facebook's CEO Mark Zuckerberg made an announcement that Action should be taken only against victims, and banning whole Muslim country is not at all a good move. 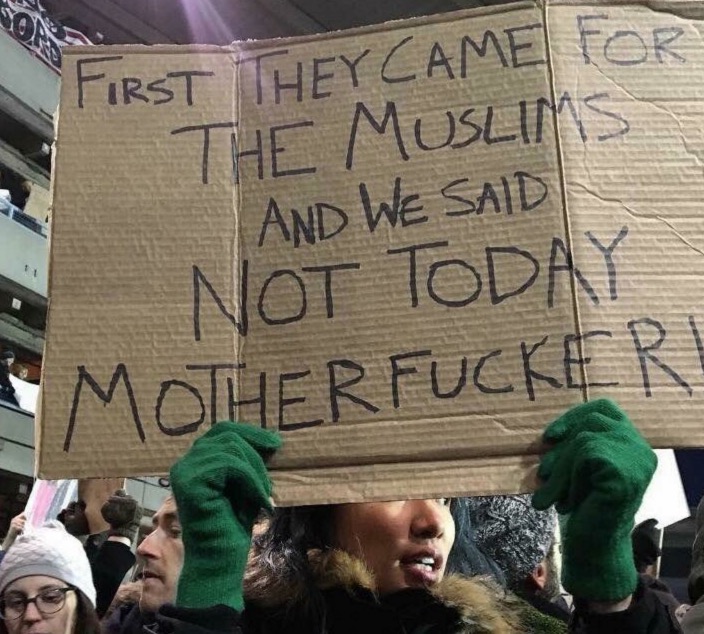 Here are some interesting and heart touching Twitter Reactions, people showing their emotion towards Trump's Ban on Muslim. #MuslimBan

As a Muslim, watching all those non-Muslims defending muslim rights has restored my faith in humanity. Thank you. #MuslimBan

The #MuslimBan will be remembered as one of the lowest points United States history. No longer the land of the free.

Scene from the moment some of the detained emerged from detention in #Dulles #NoBanNoWall #MuslimBan #Syria pic.twitter.com/cUMpvgwSQz

I could not be more proud of my profession today. Not all heroes wear capes. Some are nerds that dig justice. #letthelawyersin #MuslimBan

Almost 70% of the US Citizens were unhappy with Trump's Ban on Muslim move. Targeting people based on their religion and banning them is totally unethical move. If you are one, who don't like this move and want to file a petition to reject Muslim ban, then go to the below URL and sign this petition to support Reject Muslim Ban against Trump.

Click Here to sign in Reject Muslim Ban petition. Please sign this petition and do share with your friends and family to stand against MuslimBan move by the President Donald Trump and let's make the America Land of the free again.