Chrissy Teigen Second Pregnancy: It is second heartbreaking news for the fans from the star Chrissy Teigen. She is pregnant again, just announced that she’s having a second baby. The model, spokesperson, and professional funny person Chrissy Teigen shared this announcement through her Instagram on November 21. It makes people freaking out! She announced this via cutest video.

In the video posted on the Instagram account by the model, Teigen and 19-month-old Luna (Chrissy Teigen and John Legend’s daughter) are cuddling on the couch. Teigen ask that “Luna, what’s in here?” her daughter responds with, “Baby!”

Also, in the caption of that video, she mentioned: “it’s john’s!” (Basically, she always expressed her sense of humor on her social media profile). For this post, John Legend also responded with the comment of “Maury will have the final world on this.” 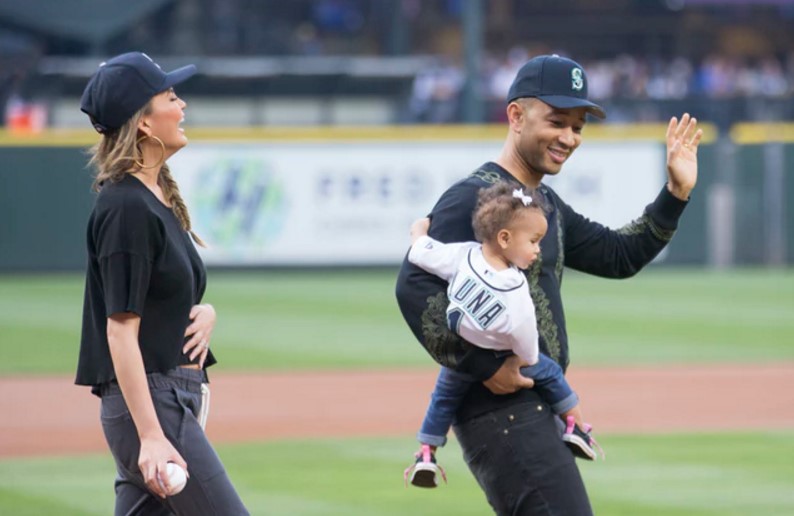 Teigen married singer John Legend on 14th September 2013 in Italy after four years of love and dating. They both met each other first on the set of his 2007 music video for “Stereo”.

Teigen announced the news on 12th Oct. 2015 that they both expecting their first child. Their daughter, Luna Simone Stephens (conceived through in vitro fertilization), was born on 14th April in 2016. Now, they both, Chrissy and John are expecting their second child. Check this official Insta video by Teigen: