Kodak Ektra Photography Smartphone Release Date, Specifications, Price: The Kodak will launch its new smartphone at this end of the year, December 2016. The latest smartphone has made for the camera lovers. The Company has designed with the model name of Kodak Ektra. The Ektra camera is the most popular device in the 1940s duration. So, the upcoming new model had the same name, and it is the second smartphone from the company after the release of IM5 in 2015. 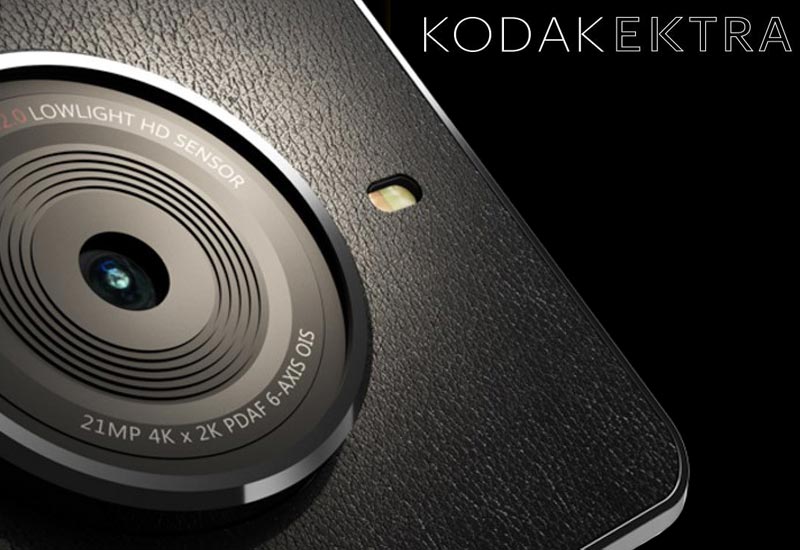 The Official Social Media pages of Kodak posted its new smartphone images with the Official website slung today on October 20, 2016. Get the short note about the new release of Kodak Photography smartphone such as specifications, release date and price here.

The brand camera already launched its first smartphone last year and now, the company introducing its second smartphone with its brand name of the Ektra. The promotional images had the tagline of “A Classic is Born. Again.” The Ektra camera was popular at the beginning of 20th century. So, the model has called as Kodak Ektra.

So, it is specially made for the feature of Camera. It has designed with the large camera feel looking steel-rimmed f/2.0 aperture 26.5mm lens of its primary camera. It has the 21-megapixel fast focus camera sensor with non-reflective lens coating. Kodak Ektra rear camera is powered by Sony’s IMX230 image sensor and offers optical image stabilization. Also, it had the power to shoot 4K video. It consisted the DSLR functionality, Phase Detection Auto Focus (PDAF) and allowed the user to capture moments in high quality quickly. The users can able to Adjust the Shutter Speed and ISO rating. The Front facing selfie camera has 13-megapixel.

The new 5-inch Full HD IPS Gorilla Glass Screen display had 1080 x 1920 pixels resolution with 441 ppi pixel density. It has powered by the Helio X-20 deca-core processor along with 3GB of RAM. The inbuilt memory storage of the phone is 32GB, and it allows the micro SD card to increase the memory storage. It has made with the power of the 3,000mAh battery. 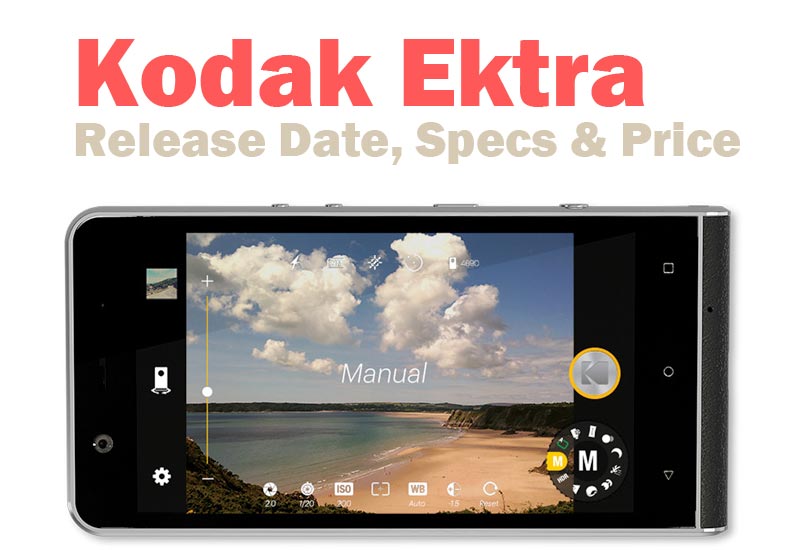 The Operating system of the phone is not available as of now. Mostly, the Kodak Ektra will be launched with the latest stock Android version of Marshmallow. Also, it may arrive with the most popular photo editing Apps like  Adobe Lightroom, Snapseed, VSCO, and Prisma. The Kodak camera itself had its own Photo Prints app to order the Photo books. Recently, two biggest smartphones have launched with the most significant feature of cameras; it is Google Pixel and Apple’s iPhone 7.

The latest Photography smartphone will be available for £449 (€499) in Europe. As of now, the company didn’t reveal other release countries and its price. Stay tuned for more updates about the Kodak Ektra release countries.

The first photography professional-quality smartphone is available from December 2016. Till date, there’s no plan yet to bring this smartphone to the USA. But it may vary based on the welcome of this phone after its official release.

Stay tuned with WORLDHAB for More updates about the new Smartphone launches around this World.